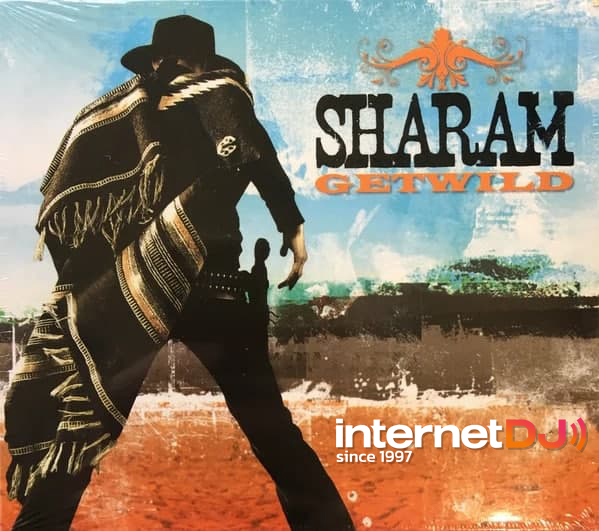 Celebs get wild with Sharam on his latest album.

On Friday, April 17th, I had the opportunity to see Sharam at M2 Ultra Lounge (formerly Mansion) in New York City. I had been curious about him since he went on sabbatical from Deep Dish to pursue his own artistic goals. While I could not stay for the entire show, I will say I found the show rather interesting. Notice I say “show” as opposed to “set.” There was definitely a set, but I really felt like I was at a show. I’m not sure if it was the midget cowboy staring the audience down while underdressed, good-looking cowgirls executed, in my opinion, a less than well choreographed dance– or maybe the fact that the VIP section was smack right in front of the stage. Needless to say, I wasn’t too thrilled by the initial display. But wait! I do not aim to trump innovation, and if this is the direction that DJs will start to take, I don’t want to go down as the doomsayer who criticized it.

I’m a fan of innovation. For example, I liked when Tiesto incorporated orchestras and choirs into his sets; and I will concede that this may be a similar attempt in that direction. In addition, I definitely enjoyed the accompanying video Sharam had going with his set. I enjoyed the audio visual combination. I also believe he may have directed that movie. I also noticed the live grand piano, and possibly a few trapeze artists, which I unfortunately did not get to see perform.

What I can say is that if this sort of thing picks up, Sharam may be hailed as a pioneer in some form of new entertainment. He definitely brought a ton of energy with him to this show, and because I could not see the entire thing, I took it upon myself to listen to the entire album. And once again, I found myself slightly perplexed. I find that Sharam is somewhat of a virtuoso. He mixes and matches electro-house and uplifting trance like its one genre. He energizes the crowd. I’ve seen some of those performances, but these tracks feel too much like they are about the featured artist than they are about the music. Yes, I could see this working it this was some compilation of remixes. I feel like the music disappears whenever a vocal is introduced. It’s great that he features a star studded line up, like Diddy, but I was hoping to hear more music and less vocals. I like that Tommy Lee jumps in with a piano solo, but it seemed a bit over the top. I want to feel a cohesive mix, not some music as the background for featured artists.

In conclusion, I still would like to see what Sharam has to offer as a solo artist. For now, this definitely is not Deep Dish, yet he still brings a lot of interesting sounds. In the future, drop the celebs and keep the core music. I know this is the USA and we all need something for our A.D.D. riddled minds (myself included), but I really wanted Sharam to be Sharam. As for the show, I’m not gonna let my personal tastes interfere with an objective observation. While I prefer the DJ up there alone pleasing the crowd with his sound, I want to keep an open mind and say that I could see how dancers and acrobats could make the show interesting, as was the integration of the short movie with the music mix. I also believe he might want to give Deep dish another try. I wasn’t the biggest fan, but there was definitely balance in their music. It reached a large audience, both in the U.S. and worldwide, and despite their artistic differences, I think they may want to give it another go. Just my $.02.