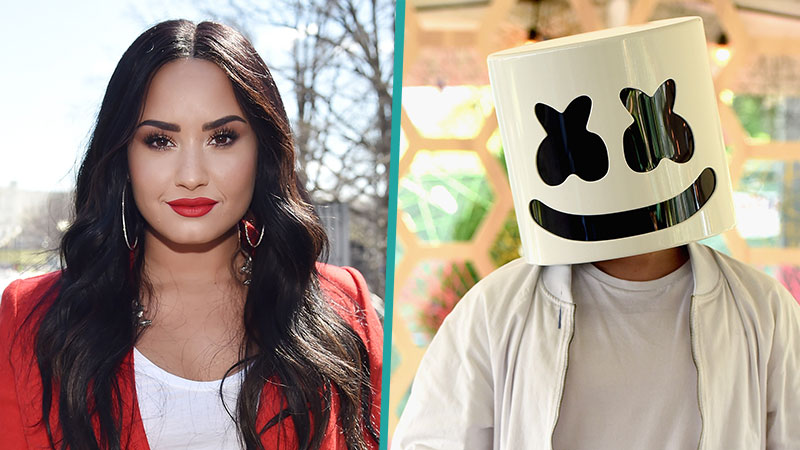 The long-awaited collaboration between Marshmello and Demi Lovato is called “OK Not To Be OK,” and it comes after they released “Baggin ‘” and “I’m Ready,” respectively.

The good is waiting and finally the collaboration of Demi Lovato and Marshmello is here. The artists have maintained the intrigue of their fans for no more or less than three years. Three years ago they announced a collaboration, however, until this Monday, ‘Ok not to be ok’ has not seen the light.

It is a song in which Demi Lovato and Marshmello want to send the message that when someone is wrong, nothing happens to say it. In ‘Ok not to be ok’, the artist’s unmistakable electronic sound is seen alongside Demi’s impressive voice.

‘Ok not to be ok’ was a song highly anticipated by the fans of both artists and it’s finally here. Once again, they have shown that the wait has been worth it, presenting the song together with an incredible video clip that has not left anyone indifferent. Don’t miss the Demi Lovato and Marshmello collaboration!

The song was composed by Nick Bailey, James Gutch, Gregory Hein, and Demi Lovato. And it reached digital platforms and online streaming services on September 10, 2020 by the Universal Music record label. The theme music seeks to join efforts to prevent suicide.