Review: The State of Exit Festival 2005 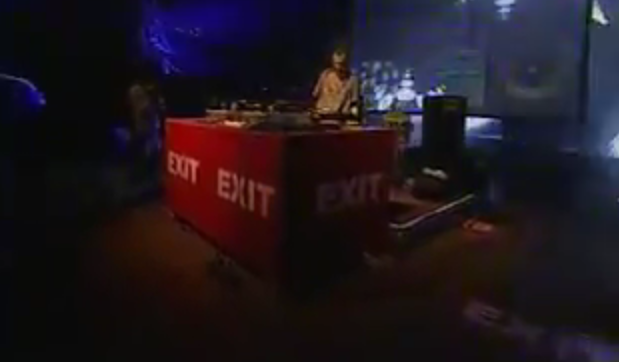 The world’s top DJs and dance music creators descended on a fortress on the banks of the River Danube in Novi Sad, Serbia and Montenegro. Read about this amazing 3-day event from a member who was there.

The State of Exit Festival takes place in the picturesque Petrovaradin Fortress, which is an 18th Century Austrian built fortification on the banks of the River Danube in Novi Sad. The fortress offers a magical setting for this social and cultural phenomenon that is not only about music, but a powerful symbol of unity and freedom.

Exit was born in the year 2000, from a 100-day long peaceful protest which drew 200,000 people together to vote against Milosevic. Following the election results there was an exodus (EXIT) to Belgrade after Milosevic failed to step down. EXIT joined the famous 500,000 strong political demonstration which forced Milosevic from the National assembly building and ultimately from power. EXIT has evolved way beyond its humble beginnings as a student-initiated project and is now one of the biggest festivals in Eastern Europe.

Each year the festival gets bigger and better, attracting big name acts and festival goers from all over the world. This year was also significant in Exit’s history, as BBC Radio 1 would also be broadcasting from the festival for the first time.

There were 20 stages to discover in total, covering everything from rock, reggae, dance, Latin, chillout, classical and blues to name but a few, so there was plenty to look forward to. MTV also had their own area called Free Your Mind which was set up to provide an environment for the festival-goers to learn about the issues surrounding human trafficking. The arena featured a series of film screenings and audio visual art presentations from young Serbian directors and artists. After midnight, some of the festival’s top DJs played exclusive sets till dawn. “We’re very happy and proud that MTV is playing such an important role in raising social awareness as well as providing a space for some great music.” Commented Donna Stratton from MTV.

The first night of the festival saw local band Apocolyptica kick things off on the main stage. They were followed by dance music giants Underworld, who found the whole experience quite overwhelming Said Karl “The history of the festival made it even more significant to be part of the event and the enthusiasm and energy with which we were greeted, was a humbling and emotional experience.” Meanwhile the dance arena was whipped up into a frenzy by 2ManyDJs and Felix Da Housecat. “I found the Exit Festival very inspirational; that so many people came together, through electronic music, for a great cause… Amazing!” enthused Felix.

With the opening night being so full on, it was hard to believe that there were 3 more nights to come. Friday night saw Nitin Sawhney and Ian Brown wow the crowds before the heavens opened and huge gusts appeared from nowhere causing the speaker stacks to sway franticly. The crowd waited patiently for Garbage to take to the stage once the storm had died down. Shirley and the band braved the rain and carried on regardless, much to the appreciation of the crowd who where not disappointed. The rain didn’t last long though and Carl Cox rocked the dj arena till sunrise with a little help from his friends. Said Carl “Exit Festival was great, an amazing night, I played when the sun came up and to see so many people in a moat was something else.”

Saturday was half way through the festival and there was yet another big line up to look forward to. The site was still a little wet but the rockers were out in force for Slayer, who were followed by Ladyron and Fatboy Slim on the main stage. Commented Ladytron “I’m sure we are the only band who can say that they played in between Slayer and Fatboy Slim! The crowds were amazing, everyone was really enthusiastic and it was for a good cause. We really felt special playing at Exit Festival, and hope to be invited back in the near future.” The big guns of the progressive house scene took to the DJ Arena, with Danny Howells setting the scene for Sasha with his Ableton Live show, with Lee Burridge by no means bringing up the year. He played an amazing set and Sasha got in on the act too, as they played back to back, which was much to the enjoyment of the crowd. ‘WOW!!!” said Lee “25,000 people dancing but with the intensity of a club for 400 people. Simply amazing!”

Sunday was the finale and after 3 days of partying the Serbian crowd were still up for more. The White Stripes were what everyone was waiting for on the main stage, but the Datsuns and Kila Kela also put on great performances. There was also an amazing line up on the D Arena, with Tom Stephan, Sandy Rivera and Yousef. The highlight was Darren Emerson, who has played at the festival before and knew exactly what the crowd wanted “The fortress is the best place for a festival we have ever come across” he said.

The Exit festival is definitely and event not to be missed and you can’t help but feel part of something special at Exit as it is more than just a festival, but an event that promotes positive energy, tolerance and one that brings the youth and elderly alike from all sides of the war-torn region, together.